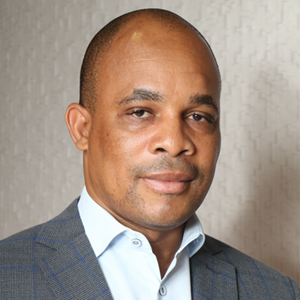 Mr Martin Mokgware; The Minister of Transport and Communications, Honourable O.K. Mokaila has appointed Mr Martin Mokgware as the Chief Executive of Botswana Communications Regulatory Authority (BOCRA/the Authority) with effect from 1 December 2017. Mokgware brings to the position over seventeen years of regulatory experience having been with the then Botswana Telecommunications Authority, now BOCRA, since year 2000. Prior to assuming the headship of BOCRA he operated at executive level positions for ten years initially as Director Market Development and Analysis, then Director Broadband and Universal Service (DBUS) and recently as acting Deputy Chief Executive, responsible for Operations and Strategy.

As the acting Deputy Chief Executive, he had responsibility over BOCRA operations and execution of the Organisational Strategy to achieve six strategic areas of Universal Access and Services; Competitive Sector and Affordable Prices; Consumer Protection; Efficient management of Scarce Resources; organisational Efficiency and Effectiveness, as well as Contribution to and Implementation of Public Policy.

Mr Mokgware was instrumental in the formulation and implementation of the Universal Access and Service Fund strategy leading to the provision of public Wi-Fi hotspots in strategic areas around Botswana. He facilitated the award of the tender for the upgrade of telecommunications base stations from 2G to 3G Technology and the tender for Schools Connectivity Project. The Schools Connectivity will provide Broadband Internet, educational laptops and hiring of IT Officers in all Government primary schools in Mabutsane Sub District, Gantsi District and Kgalagadi District. In his new role as Chief Executive, he will also serve in the Board of Trustees of the Universal Access and Service Fund (UASF).

An Economist by profession, Mokgware spent the longest part of his career in BOCRA dealing with licensing of telecommunication players and tariffs regulation. He was part of the team that developed the Draft National Broadband Strategy for Botswana. He also developed Interconnection Guidelines that facilitate negotiations for interconnection between telecommunication networks as well as Passive Infrastructure Sharing Guidelines that encourage sharing of facilities by operators. He was involved in the development of cost modelling and pricing frameworks for the Botswana telecommunications market leading to directives on reduction of wholesale and retail tariffs. Mr Mokgware began his career in 1996 at Standard Chartered Bank of Botswana, where he had a short stint and left to join the then Ministry of Finance and Development Planning as an Economic Planner. He has worked as a Planning Officer in the then Ministry of Works, Transport and Communications in charge of development projects in the Telecommunications, Civil Aviation and Roads construction sectors.